Do you know those lazy saturdays spent with friends and some controllers lying around in the room?

We’re preparing a game for such an occasion. And any other when you want to share some fun with friends. 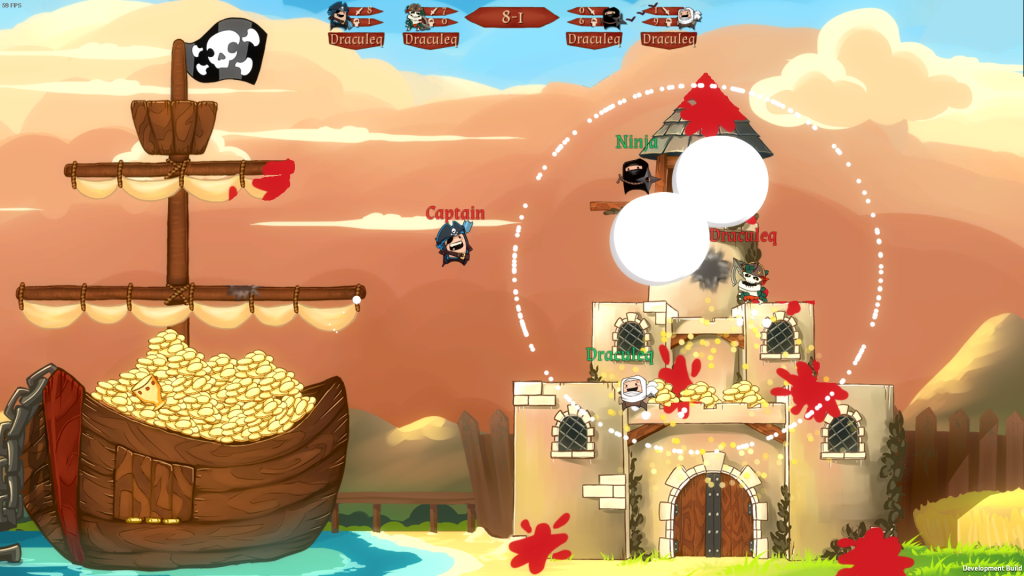 You’re no longer restricted by walls and ceilings. These are now your new paths you can climb on. This gives you a new dimension of tactical cooperation with gameplay as intense as never!

Completely new mode – Artifact. Your goal is not strictly to kill everyone on the map. But doing so you’re gaining control over the artifact which you have to bring to your base to upgrade it, or, to base of your enemy to destroy it. Team which first complete its base – wins. This ensures constant shifts on the battlefield and diverse gameplay which can instantly change from chasing to being chased.

Every time you upgrade your base, level slightly changes. It creates new paths for your free running characters allowing for even more diversity and tactical approaches.

tl;dr – You can climb onto anything and you have to cooperate with your pals! A lot! 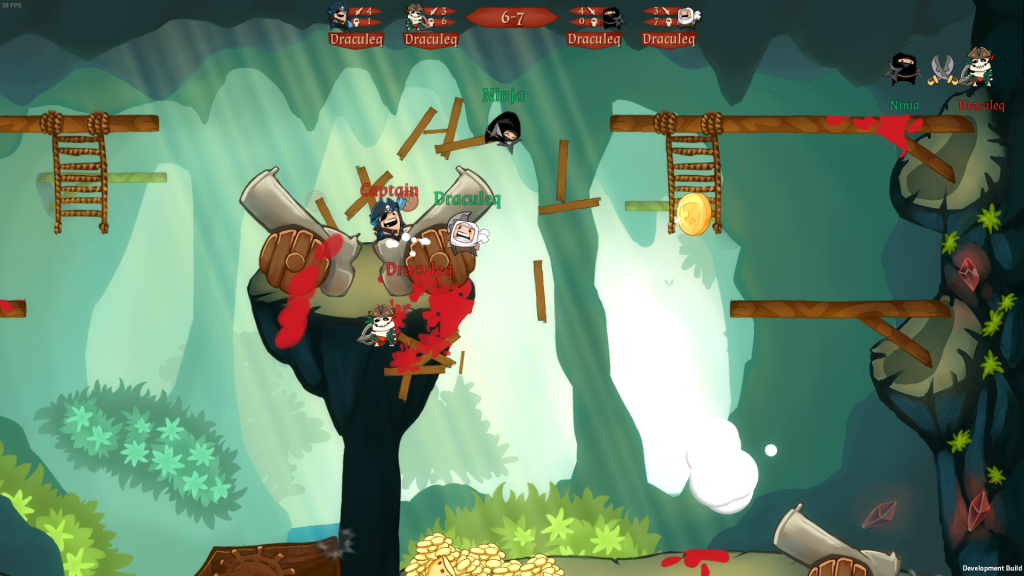 You think you can easily cooperate with your friends? Try to control together the artifact on it’s way to your base with enemy team trying to prevent it.